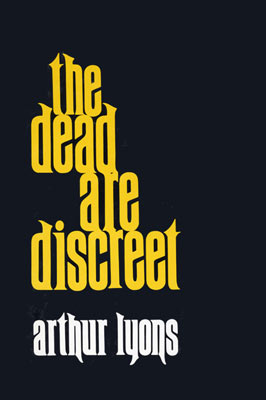 JACOB ASCH was a glib, cynical, half-Jewish reporter for the L.A. Chronicle until he got sent to jail for refusing to reveal a source. He did six months on a contempt of court beef, and when he was sprung, the glamour of journalism, for some reason, had lost its appeal for him. So now he’s a glib, cynical, half-Jewish Los Angeles private dick who gets involved in some very nasty murders, instead.

This is an improvement?

Gritty and harsh, yet Jake’s basic decency prevents the novels from degenerating into the bleak, hate-filled doom world of so many then-contemporary P.I. novels, where the notion of hard-boiled seemed to boil away any sense of hope, and substitute cynicism for character development. Like the Boss said, “Man, the dope is/That there’s still hope.”

In 1986, a pretty much forgotten straight-to-cable adaptation of Castles Burning (1979) was filmed as Slow Burn, starring Eric Roberts (!) as Asch, with Johnny Depp (!!) in a small bit as the little boy lost, and even an appearance from ex-con author ne plus ultra Eddie Bunker. I dunno… Roberts just didn’t seem exactly right for the part. I picture Asch as older and grumpier, for some reason. Still, I’m surprised this wasn’t re-released domestically on DVD or to stream, once Deppmania swept the land.

Arthur Lyons also wrote several non-fiction books, including Unnatural Causes (1988), Thomas T. Noguchi, M.D., the Los Angeles coroner, The Second Coming: Satanism in America (1970),  Satan Wants You: The Cult of Devil Worship in America (1971), The Blue Sense: Psychic Detectives and Crime (1991; with Marcello Truzzi), and a favourite of mine, Death on the Cheap: The Lost B Movies of Film Noir (2000). 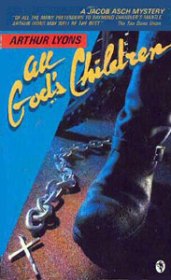 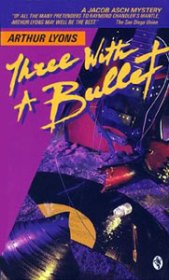 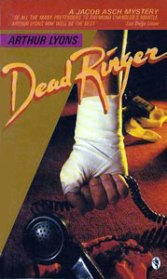 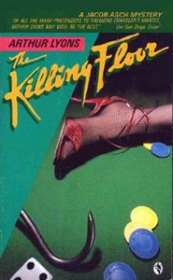 Respectfully submitted by Kevin Burton Smith. Thanks to Al Hubin for the nudge on this one.