After the success of Miami Vice and Crime Story, NBC tried for a hat-trick with another stylish, snazzy crime show.

Alas, Private Eye just never caught on. In some ways, it probably makes sense — even its title was as generic as they come. Because this was really just a standard P.I. show, straight out of the box. But man, did it look good!

It was done with so much style one could almost overlook the fact nothing much else was going on, but it didn’t really break any new ground, although it was built on some pretty sturdy, reliable clichés. You could call it “eye candy.”

It’s 1956. Moody, scruffy JACK CLEARY‘s an honest, but rebellious cop booted out of the LAPD on a bum rap (bribery). Unemployed, with his reputation in tatters, it doesn’t make Jack feel any better to know his big brother Nick is a successful, big shot Hollywood private eye.

And then Nick gets a bad case of the deads. The cops say it was an accident, but Jack’s got this gut feeling. Hmmm….

Sound familiar? So, anyway, Jack reluctantly teams up with his brother’s sidekick, smartass rockabilly cat Johnny Betts (played by a young, almost baby-faced Josh Brolin), to find Nick’s killers. Johnny’s a real piece of work, right out of the Kookie playbook: a wouldbe rock’n’roller with a JD rep, an attitude, and a real gift for hotwiring.

Suffice it to say that Jack and Betts eventually nab the bad guys and decide to continue as a team, keeping Nick’s agency going. Rounding out the gang was Charlie Fontana, Jack’s former partner and current police contact, and Dottie Dworski, the agency’s gum-popping, starstruck secretary.

Jack and Johnny made an odd couple, to be sure, but it wouldn’t be the first, that’s for sure. Plus, the rock’n’roll angle added an extra dimension, making the whole thing just not just look but sound good, I hoped the recycled plots wouldn’t matter — I really thought this one had potential.

Apparently so did the producers. The pilot alone apparently cost 6.5 million dollars, and the budget for the remaining eleven episodes topped out at $18 million dollars, most of it spent on  period-perfect cars, clothes and sets. They might have blown a million on venetian blinds alone.

But we were both wrong. The show was canned after a dozen shows. But who knows how far it would have gone if it had been allowed to develop? Or if they’d spent a little more money on writing, and less on venetian blinds? 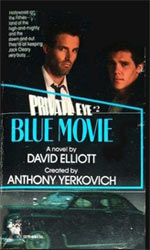 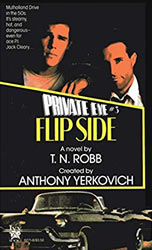 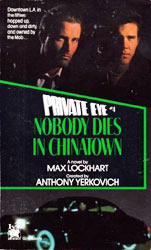