What? You thought I made this all up, or cut-and-pasted it all from Wikipedia? Nope. Here are the books that inspired me to create this site, and the books I’ve used to cobble it together over the years, as well as the ones I’ve discovered along the way, broken down into various categories. If you like this site, you may find some of these as fascinating as I do. 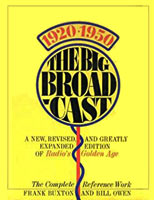